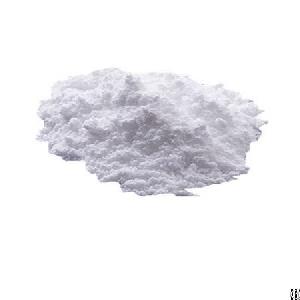 Soap or cleaning preparations or perfumes or cosmetics production services [12]

1. promote the formation of skin collagen, 2. maintain beauty and keep young, 3. anti-wrinkle and anti-aging, 4. can be used as the substitutes for clostridium botulinum (Botulinum Toxin)

Acetyl Hexapeptide-8 (argireline) is an anti-aging skin care product which can reduce lines and wrinkles. It's another option for people who want younger-looking skin, but do not want to go through Botox injections, face-lifts, or other more invasive procedures. In addition, Acetyl Hexapeptide-8 is less expensive than those techniques.

Acetyl Hexapeptide-8 (argireline) is a unique new peptide that has been proved to reduces the degree of existing facial wrinkles. It's been shown to inhibit the formation of the SNARE complex ( a core of membrane proteins that mediates neuronal exocytosis) as well as catecholamine release. These inhibitions confer anti-aging activity of Acetyl Hexapeptide-8(argireline); they closely relate to the basic biochemical mechanisms of winkle formation. Controlled studies have also demonstrated that facial winkle depth can be reduced, especially in the forehead and around he eyes, and that Acetyl Hexapeptide-8 can prevent apparent facial skin aging.

Acetyl Hexapeptide-8(argireline) has been shown in research studies to help decrease the visible effects of aging by helping reducing the deep wrinkles and lines that occur around the forehead and eyes. As a result, a large number of cosmetics companies use Acetyl Hexapeptide-8(argireline) in the formulation of their anti-aging products such as creams, Lotions and Serums, etc.

Acetyl Hexapeptide-8 is a peptide used as a cosmetic ingredient that is shown to reduce wrinkles associated with facial expressions. Its a shortened chemical version of Botulinum toxin (Botox) except Botox is injected into certain areas of the face to relax the muscles. Whereas Acetyl Hexapeptide-8 is a non-toxic, non-irritating ingredient usually a cream that is applied to the skin to stimulates the facial muscles and relaxes the facial tension, reducing the depth and smoothing out fine lines and wrinkles working from the outside.

How Does Acetyl Hexapeptide-8 Work

Acetyl Hexapeptide-8 works by blocking facial muscles to contract when we show facial expressions. This is very important for certain areas of the face such as the forehead when we frown or around the eyes when we squint. Preventing the muscle contraction is essential in preventing new wrinkles or reducing the depth of existing wrinkles. Acetyl Hexapeptide-8 intercepts the message from the brain to the muscle, preventing its contraction. In clinical testing, Acetyl Heaxapeptide-8 has been shown to reduce wrinkles by up to 27% after 30 days. It further prevents new formation of fine lines and wrinkles caused by repeated facial movement and expressions. Most anti-aging creams, serums, or moisturizers that contain Acetyl Hexapeptide-8 will probably include other peptides as their active ingredients to help regenerate skin cells.

One remarkable product is Genesis Collection Dream Time Ultra Lift night Repair Cream which contains Hyaluronic Acid that hydrates skin by attracting up to 1000 times it's weight in water from the moisture in the air. Vitamin E which protects skin cells from ultra violet light, pollution, drugs, and other elements that produce cell damaging free radicals which helps slow the aging process due to it's antioxidant properties.