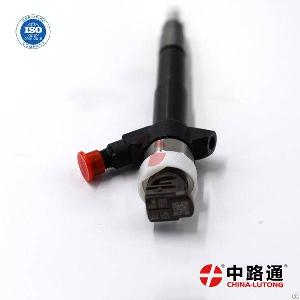 The main advantages of the common rail direct fuel injection can be summarized in reduction of exhaust and noise emissions, better fuel efficiency and improved overall engine performance. The system consists of a high-pressure pump, injectors, a rail, and an electronic control unit.

Common rail Injector as one of most important components in common rail injection system, It is an accessory that must be replaced at high frequencies in the system.

The merits of the common rail fuel injection system architecture have been recognized since the development of the diesel engine.Lower fuel pump peak torque requirements. As high speed direct injection (HSDI) engines developed, more of the energy to mix the air with fuel came from the fuel spray momentum as opposed to the swirl mechanisms employed in older, IDI combustion systems. Only high pressure fuel injection systems were able to provide the mixing energy and good spray preparation needed for low PM and HC emissions. To generate the energy required to inject the fuel in approximately 1 millisecond, the conventional distributor pump would have to provide nearly 1 kW of hydraulic power in four 1 ms bursts per pump revolution, thus placing considerable strain on the drive shaft. One of the reasons behind the trend toward common rail systems was to minimize the maximum pump torque requirement. While the power and average torque requirements of the common rail pump were similar, high pressure fuel delivery is to an accumulator and thus the peak flow rate (and peak torque required to drive the pump) does not have to coincide with the injection event as is the case with the distributor pump. Pump discharge flow can be spread out over a longer portion of the engine cycle to keep pump torque demand more even.

Improved noise quality. DI engines are characterized by higher peak combustion pressures and, thus, by higher noise than IDI engines. It was found that improved noise and low emissions were best achieved by introducing pilot injection(s). This was most easily realized in the common rail system, which was capable of stable deliveries of small pilot fuel quantities over the entire load/speed range of the engine.