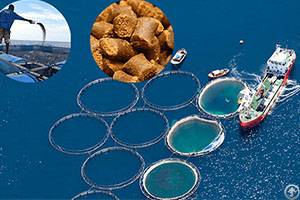 
In order to improve the utilization rate of feed, digestion and absorption rate, reduce the impact of

feed on the water environment, and improve the production efficiency of aquaculture, Fusmar Machinery has done a lot of work. By improving feed machinery quality and processing technology, have been obtained good economic and social benefits. The production of fish feed by extruding is an important research achievement in feed processing. This article will introduce the puffing fish feed machine in detail.

Puffing fish feed machine is a kind of processing puffed fish feed equipment, the main principle of its work is the mechanical energy into heat energy, using the heat generated by the machine rotation of the food extrusion, the most obvious characteristics of the larger volume, good taste.

According to the feeding characteristics of different aquatic animals, such as crabs and other benthic animals, accustomed to looking for food in the bottom, using the slower way to eat, so the puffing fish feed pellet can not be too hard, too solid, but also as far as possible to reduce the feed in the process of gnawing small debris caused by the loss. From this point of view, the expanded feed is more appropriate: the expanded feed is easy to absorb water and soften, suitable for gnawing but also can reduce gnawing when the debris loss, reduces feed waste and water pollution. Moreover, the expanded feed has long water resistance and a high curing degree.

1. Tempering is particularly important in the production of expanded feed. In the production of puffing and sedimentation feed, the strong effect of extrusion should be weakened, and the effect of quality should be increased. Water and steam are added during tempering time, and there is enough tempering time to make the material fully soften and mature, so as to create a better plastic condition for the material in the next step under the weaker condition in the puffing cavity. In this way, the material will continue to mature, but will not produce a greater degree of expansion, to obtain the sinking feed. Adequate conditioning has a good effect on improving feed digestibility, water resistance, extrusion stability, and product uniformity.

4. The pressure in the machine cavity and expansion machine screw configuration, material characteristics, template opening rate is large, the discharge flow is large, in the template is not easy to accumulate high pressure. The number of die holes can be changed according to the situation to get a suitable expanded feed.